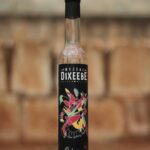 I have known Asis Cortes since 2013. It was in the early days of this Mezcal PhD blog, and I had been invited to a tasting in the East Village for a new mezcal called El Jolgorio.

Yes, it is amazing how far mezcal has come in the last nine years. In 2013, practically no one had heard of mezcal, let alone El Jolgorio. This was one of the first, if not the first brand, which had a full line-up of varietals. So when I was invited to meet the man behind the brand, I jumped at the chance!

I knew a bit about the brand already as Kaj Hackinen of Back Bar Project, who imports Jolgorio, had just sent me 10 small samples of each varietal. These were the first product samples I had ever received, and I thought I had won the lottery. Wait a minute. If I start writing about mezcal, someone might actually send me some free mezcal? And that was just for a few blog posts? Maybe someday someone will send me a whole bottle? And what if I write a book? Think of the free mezcal riches that might come my way? Well….that never happened, but I am still writing!

I thought Kaj was the smartest guy in mezcal. He has since become a good friend, and my first impressions were accurate – he is. So when he invited me to this tasting to meet Asis, I was psyched! This small gathering of about 10 people was at one of Danny Mena’s restaurants. Danny is a founding partner of Mezcales de Leyenda, an excellent brand if you have not tried it. Danny has always been a generous ambassador for mezcal, and he was hosting this new brand at his restaurant. This was the first time I met Asis Cortes.

Lucky for me the Mezcal Muse, mi esposa, joined me for the tasting, as she is fluent in Spanish. This turned out to be pretty important since Asis didn’t speak any English at the time – I doubt I would have made any connection if the Muse had not been there.

While we drank some great mezcals and Asis struck me as a great guy, what I remember most about that night is mezcal dripping out of his very being. The passion and reverence he had for this spirit was in his DNA. It represented his family, his ancestors, his culture. There was nothing contrived. Nothing marketed. No hype. He just wanted to share his mezcal and hope you might walk away with a nugget of how special it was – that was his agenda.

Since that night, I have spent a lot of time with Asis. I’ve seen him when he comes to NYC, and he has always been incredibly giving of his time when my friends and I are in Oaxaca. He has taken us to far flung palenques throughout Oaxaca, and he has also joined us on excursions I have pulled together. Somewhere in there, he began to speak very good English, and we became good friends. He and his family have opened their home in Santiago Matatlan to my friends and I, and we’ve enjoyed some epic mezcal days and nights with Asis.

With that long windup to get to Dixeebe, let’s flash forward to January 2020. Ahh yes, January 2020. That magical time when life was all puppy dogs and rainbows, and I was in Oaxaca with my crew. We were hanging out with Asis, and to my surprise he said he and his dad were leaving Jolgorio and starting a new mezcal brand. Wow! I was excited for them, and I knew the combination of Asis’ presence in the mezcal market and Valentin’s other worldly mezcal-making skills had the potential to create a great brand. I have been drinking Valentin’s mezcals for years, and he is a standard bearer for me – he never misses and all his mezcals are amazing.

So here we are two years later and finally Dixeebe has arrived in the U.S. Let’s talk about the name of the brand: Dixeebe. How do you pronounce it? I can spell it phonetically in two ways – either “deesh-bay”, or “dij-bay”. I like the second because if you say the first syllable like you would say dijon mustard, you nail it – so “dij-bay”. 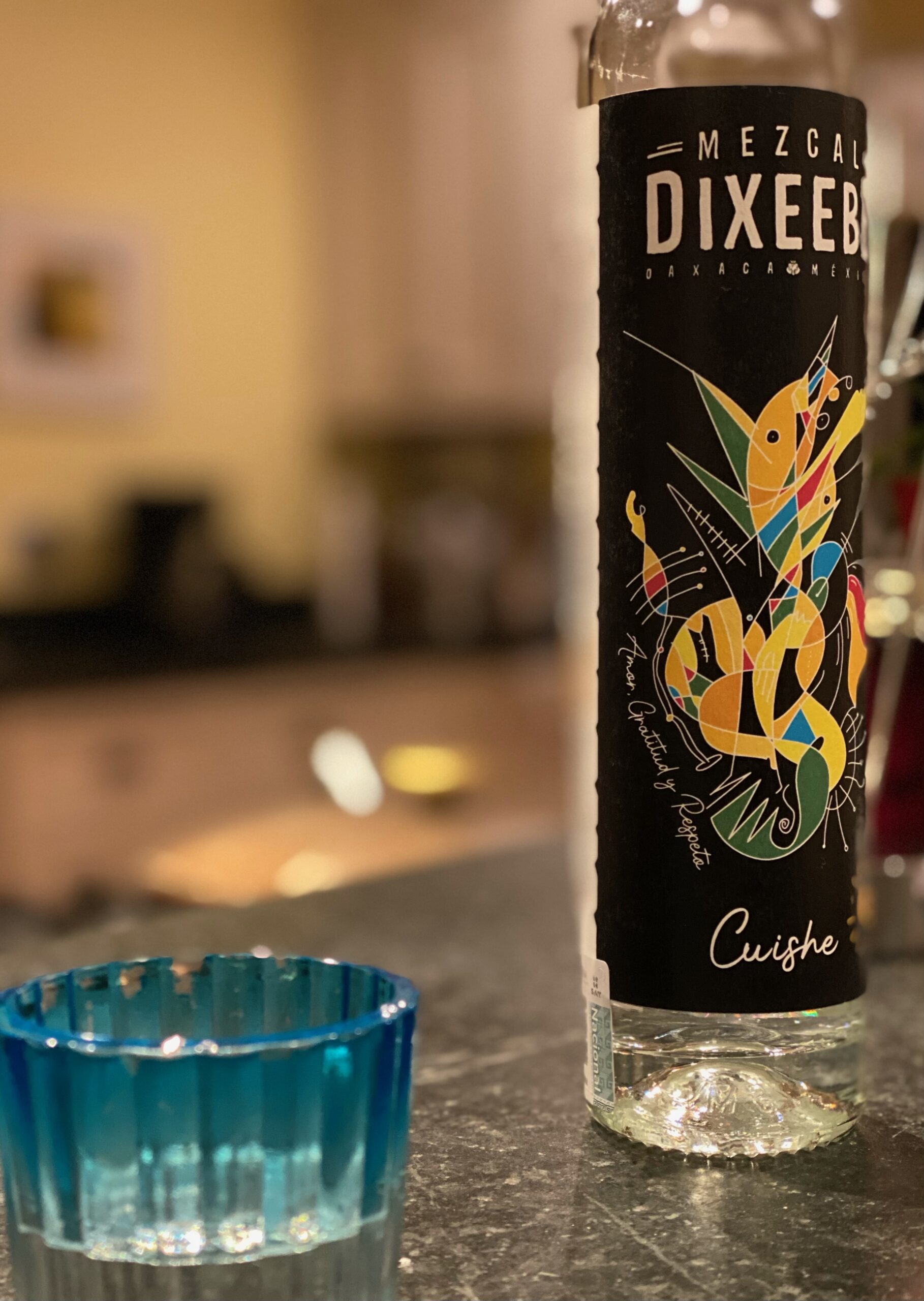 But what does Dixeebe mean? Dixeebe is a powerful Zapotec word. To the Zapotec, when they drink mezcal they say “dixeebe” to show their gratitude to the gods, their respect for mother earth, and the appreciation of the people you are sharing this mezcal with. It is not simply “cheers” or “salud”. It comes from the heart and is a moment of gratitude. Dixeebe Mezcal will embody this ethos of love, gratitude and respect.

Now, there are a lot of excellent mezcal brands on the market, so what makes Dixeebe unique or interesting? Well, how much time do you have?

First, let’s start with the family and the mezcal. The Cortes family can trace their mezcal-making roots to 1840 – the trail of evidence ends there, but they know it probably goes back much further. Valentin, now in his mid-50s, has been making mezcal since his youth. According to family lore, as a toddler, he would shake his bottle of milk and read the “perlas” to determine the ABV, which disappointingly always seemed to be zero. As I said, I’ve been drinking his mezcals for years, either in a Jolgorio bottle or directly at the palenque, and he is indeed a Maestro. So the product is incredible. Early releases will feature Tepeztate, Madrecuishe, Tobala, Cuishe, Pulquero, Pechuga, Jabali, and Arroqueno.

Asis and Valentin are a great team. While there are certainly others in the mezcal world who similarly represent the tradition and history of mezcal, they are on the short list. Asis is as authentic as it gets in representing mezcal – you will know this if you have the chance to meet him. And Valentin is right there with the best mezcal producers on the planet. While everything he does is outstanding, I think he is a Tepeztate Whisperer, in particular. It is not easy to find great teps, and his always deliver.

Second, Dixeebe will always be small batch and true to the historical production process of mezcal. The very modest palenque has two stills, four small fermentation vats, one tahona, and one roasting pit. There is also an aging cave where they are already aging mezcal in glass for future releases. All Dixeebe batches will likely only be a few hundred bottles, and some even smaller.

Third, the entire Dixeebe line will be in 375ml bottles. While there are a few other brands who have 375ml or 200ml bottles, all of those brands predominantly are centered around 750ml bottles, and their smaller bottles are hard to find. Why does it matter that the whole line is 375s? The goal is to make super-premium mezcal more accessible, and therefore, lower the risk of spending $150-$200 on a bottle which you ultimately decide you don’t like. Personally, this has happened to me dozens of time. So Dixeebe, at a price point of roughly $50-$100 for a half bottle, is bringing a consumer’s entry point down for a super-premium mezcal. Yes, $50-$100 a bottle is not cheap, but it’s a lot better than $150-$200. Asis wants to make super-premium mezcal easier to obtain and bring more people into the category.

Fourth, well, I don’t really have a fourth! I am just incredibly excited to see Dixeebe hit the U.S. market. Mezcal needs the small producers who are true to their craft which has been handed down through their family’s generations. They are the keepers of the culture and tradition of mezcal, or as Asis would say, they are “the Guardians of Mezcal”.

There are many excellent bottles of mezcal starting around $40 a bottle. However, a $40 bottle of espadin is not a $150 bottle of madrecuishe and vice-versa, but there is room for both. Not everyone can afford the super-premium bottle, but even those who can might want a mezcal margarita from time to time, and they should not use their $150 bottle to make it. I am not dogmatic and always say you should drink mezcal however you like it, but I have my limits, and I break when someone uses a beautiful bottle of tepeztate to make a margarita! Like all spirit categories, there is a range of price points and flavor profiles which appeal to a broad market. Mezcal is no different. Dixeebe is bringing down the super-premium price point through their 375ml bottles.

Dixeebe is clearly the very high end of the market. Initially, it will only be in California, but in the coming months, you will be able to find it in New York and Colorado. Also, in those states there will be retailers who can ship to much of the U.S. (state laws permitting). But each release is going to be small so it still may be hard to find, and the bottles will probably disappear quickly, so do not hesitate if you see them! You can already buy it online as the restaurant Madre in Los Angeles has an online shop where you can buy some great mezcal – find it HERE.

And it works – I just bought three bottles of Dixeebe!!! True story. I am not sure how many states they will ship to, but now I know NY is one of them.

Asis is a friend, and I am psyched for him and his family. They make amazing mezcal, and I am happy to support them in any way I can. In sum, I raise a glass and say “Dixeebe” and hope you get to try some soon!