My wife and I went to the Spirits of Mexico Tasting recently at Agave in the West Village.  Overall, it was a fine event which featured many tequilas and a handful of mezcals.  However, I was a bit disappointed that there were not other Mexican, agave-based spirits that were represented.  It would have been easy it seems to get a sotol there, as I can buy them at my corner liquor store (in fairness though, my corner liquor store is pretty adept at agave-based spirits since I am in the neighborhood!).  Or how about some bacanora?  Maybe the vendors have to buy their way in and the other Mexican spirits did not want to play?  At any rate, it would be nice to see them expand beyond tequila and mezcal.

That said, let’s take a quick tour around the event and check out the offerings: 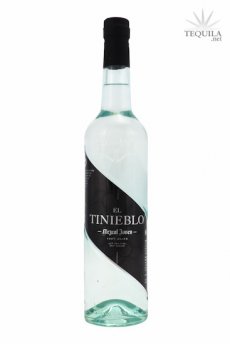 I think that was it for the mezcals.  The tequilas that were represented were much greater in number.  I am not going to mention them all, but here are a few highlights (or low-lights).

This is the bottle.  It is a-crap-olypto.  I wish I could find a picture that truly does justice to this horrendous creation (should I express myself or continue to hold back?).  But when I go to Google images, all I get is Mel Gibson shots from the movie by the same name.  Which, I think is what 99% of people will think of when they hear about this brand.  Yes, I’ll have my tequila with a side of face-painted Aztec treachery.  The bottle is actually two faces split down the middle: one side is a jaguar, the other side is a sort of human face.  I mean you have to see it in person to see how truly god-awful it is.  It was all I could do to keep a straight face while talking to the brand rep.  Also, their slogan is “The perfect beginning.  The perfect ending.”  Of the world perhaps, if this brand is a success.  The apocalypse is truly upon us if this makes it. 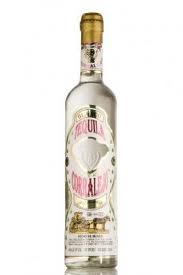 Hmmm.  They look strikingly similar.  In fact, when I approached the booth, I said, “Oh, Correlejo is here.”  But no, it is Diego Don Santo.  I asked the reps that were there who came first, Corralejo or Don Santa?  They said “they came out at about the same time.”  Really?  Hacienda Correlejo was founded in 1775.  I cannot find evidence that Don Santo has been around for more than about 5 years.  I don’t know how long Correlejo has been using their distinctive tall skinny bottle, though my friend Mario gave me a bottle sometime in the mid-90’s.  But I am thinking Don Santo began using that bottle with full knowledge of Correlejo’s existence.  I could be wrong, and please tell me if so!  In the meantime, I will look askance at Diego Don Santo.  I will ignore it.  It could be good too.  Can’t remember.

There were a number of other tequilas there, but this post is long enough!  If you were there, and something else caught your eye, let me know.  Let’s compare notes.  For now, drink mezcal. 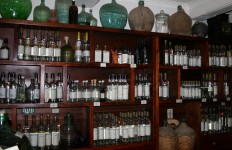 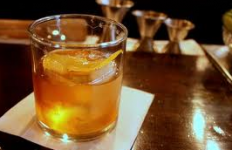 Mezcal Joints of the World→