Browse: Home / 2012 / November / Hurricane Sandy (not much to say about Mezcal this time)

I could not let this tragic, devastating, and historic event go by without saying something about it.  Many have said that this is New York’s “Katrina”, and they are right.  The loss of life is not as great, but the pain, suffering, loss of property and tremendous sense of dislocation for so many is vast. 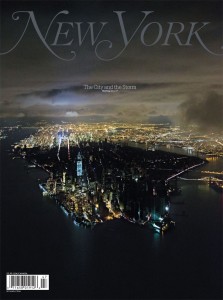 You really cannot imagine what the past week has been like unless you have lived it.  Public officials are calling this the greatest natural disaster to ever fall upon New York.  I am certain the same is true for NJ, and CT is not far behind.

The range of how people have been effected is very broad.  To begin, it was the tale of two Manhattans:  above 30th St or so, life was basically normal.  Below 30th St. was something out of a post-apocolypse movie, only everything was still standing.  If you have seen the Will Smith movie, “I am Legend”, you would begin to get the scene.  Some of us were relatively lucky below 30th St, and we just lost power.  Others had their buildings flooded and will be out for a month or more.  High rises filled with elderly and no power had a new level of trouble.  And then once you leave Manhattan to Staten Island, Breezy Point, Hoboken, the Jersey Shore, the Rockaways, Jersey City, Coney Island, etc, etc etc.  The list can go on and on and many in these communities lost it all and much more in some tragic cases.  We feel for our neighbors and are doing what we can to help.

In Manhattan, displacement abounded.  If downtowners had friends, relatives or could book hotel rooms, they went.  Every Starbucks was packed with white cords plugged into every available socket and people strewn about everywhere.  Bank lobbies, gyms, hotels, and anywhere else people could plug-in were similar scenes of powerless refugees simply trying to recharge by day.

Traffic was a nightmare because the subways were out.  All the schools were closed so parents were trying to keep their kids entertained, whch was more challenging for those without power.  Gas lines went on for 10, 20, 30 blocks.  Almost all amenities south of 30th St were unavailable: restaurants, drug stores, grocery stores, liquor stores (OMG!), convenience stores…EVERYTHING.  And once again, for the most part, we were the lucky ones because our issue was just lack of power.  It was discombobulating in every sense of the word.

The marathon was cancelled as controversy erupted around the utilization of resources when people were still in the middle of a crisis.  The Presidentail Election is upon us, and it has been virtually forgotten here. It was the week that wasn’t.

Many of us are doing what we can to help those in need.  My close friends Mike and Mimi, who had trained hard for the real marathon, ran their own personal marathon in Central Park on Sunday (as did thoushands of other runners by the way) for charity. CLICK THIS LINK if you would like to contribute to their cause: The Robin Hood Fund, which is earmarking these funds specifically for hurricane relief.  They have raised over $15,000 in two days!  The rest of us are volunteering, donating goods and money, hosting friends, and helping out in anyway we can.

Of course, the downtown businesses have suffered economically as well.  The few that I know that were open and trying to help where they could will get special attention in the future from their grateful neighbors.  In the mezcal world, I saw Agave, Weather Up and Ward III, candlelit and ready to serve well in advance of the power coming back – they were mezcal beacons in the night!  I am sure there were others so I apoligize if I missed you.

So that is it for this very non-mezcaly post.  But I know it is important to reflect upon and remember this event, not just because it happened, but also because it is still going on one week later.  So help, volunteer, donate, say a prayer, or raise a glass.  And know that this was a brutal event….